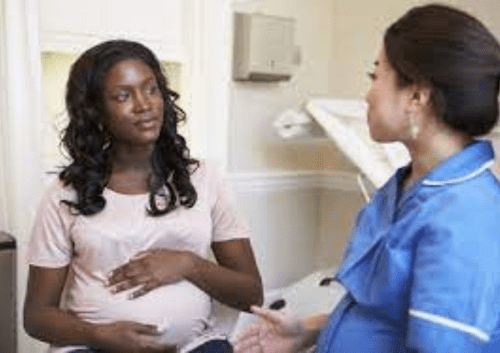 Marianne Cohan  August 18, 2022
Receiving Dental X-Rays While You Pregnant There are a lot of things to think about when you are expecting a child for the first time, and this is especially true during the time that you are pregnant. In the end, you are suddenly responsible for not only your own growth but also the growth and […]
Read More

Receiving Dental X-Rays While You Pregnant

There are a lot of things to think about when you are expecting a child for the first time, and this is especially true during the time that you are pregnant. In the end, you are suddenly responsible for not only your own growth but also the growth and well-being of another small being in addition to yourself. This means that your responsibilities expand significantly.

It is safe to get dental x-rays taken while pregnant, even in the early stages of pregnancy. This information should put your mind at ease regarding your oral health and the wellbeing of your unborn child. There is consensus amongst experts on this point, which is another reason why you shouldn't be concerned about it.

Is It Safe to Get X-Rays Done at the Dentist While You're Pregnant?

They worked together on a publication in 2017, in which they stated that x-rays that are taken of the teeth and mouth do not directly target the reproductive organs, and as a result, do not expose those organs to radiation. Therefore, receiving an X-ray of your teeth while you are pregnant is perfectly safe provided that the procedure is carried out with the appropriate shields to protect those organs from the radiation. Even x-rays of the teeth that are taken during the first trimester "do not involve any risk to the unborn child."

Having said that, if you're like a lot of other new parents, you still want all of the information before you make a decision, and we completely understand that you feel that way. This is what the scientific community has to say about getting dental X-rays while you are nursing your baby or while you are pregnant, in case you were wondering what they think about it.

What exactly does it mean when teeth are x-rayed?

In order to help you make a decision about receiving dental X-rays while you are pregnant that is completely informed, let's take a moment to first understand what diagnostic X-rays are and how they function. This will assist you in making an informed decision about whether or not you should receive dental X-rays while you are pregnant. You will then be able to make a decision that is well informed as a result of this.

X-rays are a type of electromagnetic radiation that can pass through the majority of different materials, including the human body. When X-rays pass through any part of your body and arrive at an X-ray detector on the other side of your body, an image will appear showing the "shadows" formed by the objects inside your body. This occurs when the X-rays travel through your body from one side to the other.

When bones and teeth are viewed through a radiograph, they produce a high contrast and appear white on the X-ray film or digital image because they are so dense. This is because they are being viewed by a radiograph. Any place where there is a hole, such as where there are fractures in your bone or cavities in your teeth, will show up as various shades of gray. X-rays can sometimes be helpful in identifying dental issues such as tooth decay and gum disease, both of which could result in the need for additional treatment if not addressed.

Even dental x-rays taken very early on in a pregnancy have not been shown to have any negative effects on the mother or the developing baby. This is the conclusion that has been reached after extensive research.

According to a report that was written by board-certified radiologist Adam Evearitt and published in the Journal of the Colorado Dental Association, the average radiation dose that you receive from having two dental X-ray films taken is 0.002, and this information can be found in the report. In addition, the American College of Obstetricians and Gynecologists (ACOG) reported that "fetal risk of abnormalities, growth restriction, or [miscarriage] have not been reported with radiation exposure of less than 50." This was stated in their report.

If I were to get X-rays of my teeth while I was still nursing, would that be safe?

Even after giving birth, many first-time mothers continue to worry that they may be endangering their children by exposing them to potentially harmful chemicals through their breast milk. This is a concern that is shared by first-time mothers who are breastfeeding their children. It is perfectly safe for nursing mothers and their children to be exposed to x-rays, just as it is perfectly safe to get dental x-rays while pregnant. X-rays, on the other hand, are completely risk-free.

In an article that she penned for Baby Center, pediatrician Natasha Burgert reassured nursing mothers that it is safe for them to undergo chest X-rays and dental X-rays while breastfeeding their children. The article was written for the purpose of providing information to nursing mothers. The radiation that is emitted during an X-ray does not remain in breast milk after the time that the scan was performed, so your child will not be put in danger as a result of the procedure. This information was provided by Dr. Burgert.

Talk to your dentist about getting X-rays of your teeth while you're expecting, and make sure to let them know about your pregnancy.

Never fail to inform your dentist if you are pregnant, breastfeeding, or have any reason to suspect that you might be pregnant, whether or not you actually know for sure that you are pregnant. If you are at all concerned about this topic or are already a patient at the practice, your dentist will likely suggest that you wear a lead apron during your examinations in order to shield any scattered radiation from your reproductive organs.

In point of fact, this is correct regardless of whether or not you are pregnant, and it is also correct regardless of whether you are a man or a woman. Both genders should take this into consideration. The International Atomic Energy Agency reports that the use of lead aprons reduces the amount of x-ray radiation exposure by more than ninetieth of the original amount.

In addition, the American Dental Association recommends that children, pregnant women, and women of childbearing age wear a lead-lined thyroid collar whenever they have dental X-rays taken in order to increase the level of protection that they receive. This is done in order to decrease the likelihood that these individuals will develop cancer.

GET TO KNOW YOUR BEST DENTIST IN SUMMERLIN

Dr. Marianne Cohan was voted The Best Dentist/ Dental Office and Best Cosmetic Dentist from The Las Vegas Review-Journal in 2020 and 2021. She received her Doctor of Dental Surgery (DDS) from the State University of New York at Buffalo in 1992.

Dr. Cohan is always available to her patients and is available for any dental emergency.